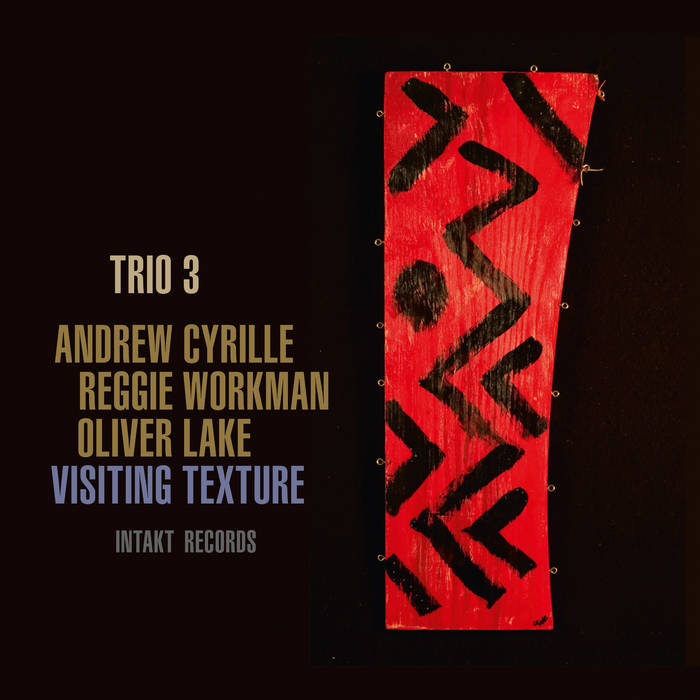 Among other things, Visiting Texture illustrates the principle of addition by subtraction. It’s the first studio album by Trio 3 as an actual trio – with Oliver Lake on alto saxophone, Reggie Workman on bass and Andrew Cyrille on drums – in more than a decade, since the excellent Time Being in 2006 (Intakt CD 106). The intervening years have seen the group work powerfully with some serious guest pianists: notably Geri Allen, Irène Schweizer, Vijay Iyer and Jason Moran. But there’s a specific character to the group’s trilateral rapport, which finds full expression here.
The working history among these musicians stretches back several decades, rooted in an ideal of collectivity and intuition: their motto has long been “a group where music is the leader.”
“Improvisation to a large degree is always having an element of surprise,” Cyrille reflects. “Even if we’re playing something that’s arranged, we want to spark it so that there’s always a certain magic happening as the music is being developed.” The entirety of Visiting Texture adheres to that conviction, bound by a spirit of real-time discovery.
(Nat Chinen, from the CD liner notes)